is an airstream a white elephant?

Some may suggest  that owning an Airstream is like owning an over valued asset that is not worth the upkeep, in fact it appears most of North America considered them to be white elephants until a recent revival in the past decade or so .
Well, I think most aluminitus folk will disagree, but perhaps like the one below, they might themselves  be considered a white elephant by others - 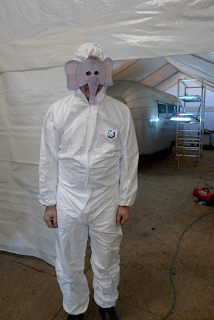 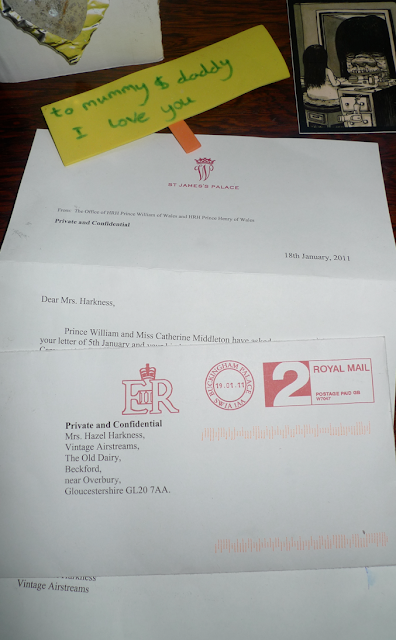 I can confirm, whale tails look equally as nice from the inside as they do from the outside - 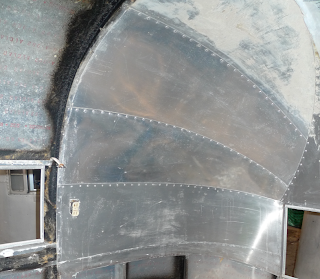 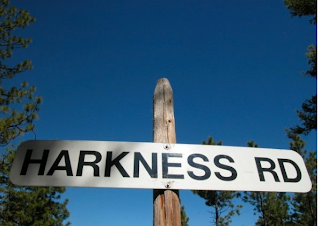 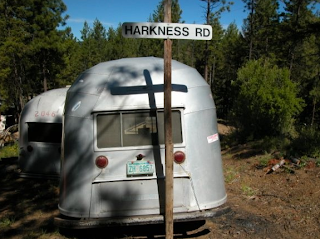 royal airstreams, to be or not to be that is the question?

after a chilly winter things are starting to warm up again thank goodness. 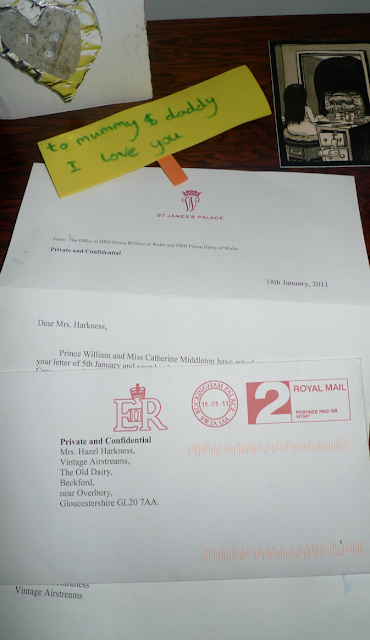 Corrosion, What Where When Why How?

I'm sure many airstreamers and other aluminitus sufferers worry at times about the condition of their aluminium.

An excellent source of information on Aluminium Corrosion is Aluminium Matter . This is an e-learning website which seems to cover most of the corrosion issues airstreamers will be faced with.

While keeping the outer skin in good condition is one concern, you should not forget about the inner skin.
Exhibit 1 - CA built Airstream, 1956
Alclad supplier - Reynolds
Location - Primarily resided in California
NB - The content of these images may be disturbing or offensive to some aluminitus sufferers. While they may look bad, I would like to mention it's all treatable, it just takes time -
Outer skin, tell tail signs - 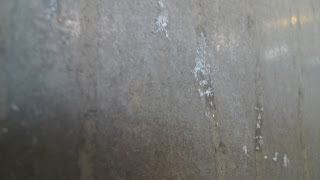 Inner skin, the full extent of corrosion is revealed - 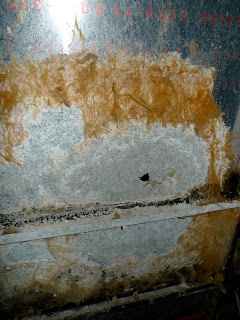 Closer look and a slight tap - 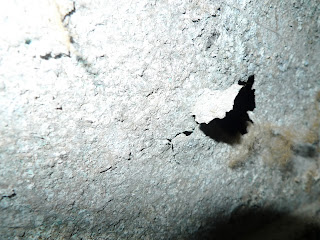 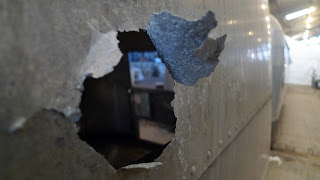 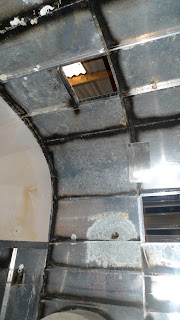 Factory sealing of the seams has not help stop the corrosion - 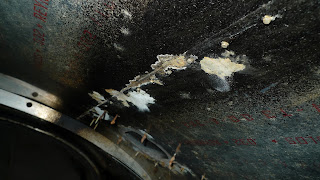 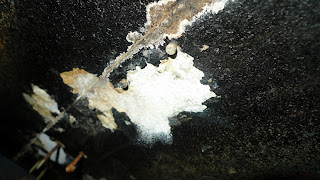 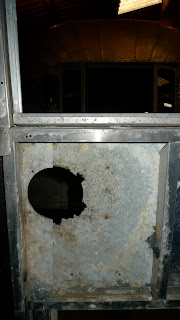 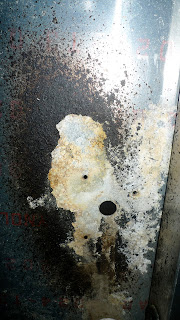 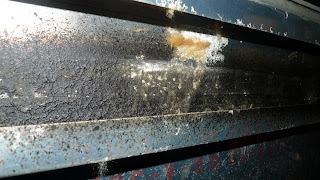 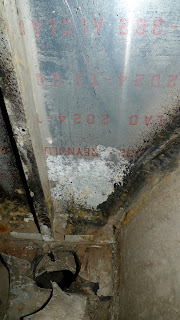 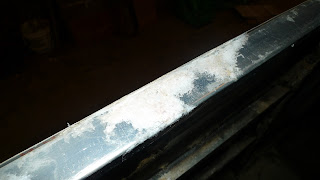 Factory finishing - West compared with the Mid West / The Heartland

I was told that Wally Byams #1 Trailer was made in Ohio but was confused as it had a Californian  Dutchman's cap / Whale Tail but Ohio style wheel arches.

I was later informed that the trailer was actually built in the Los Angeles factory. 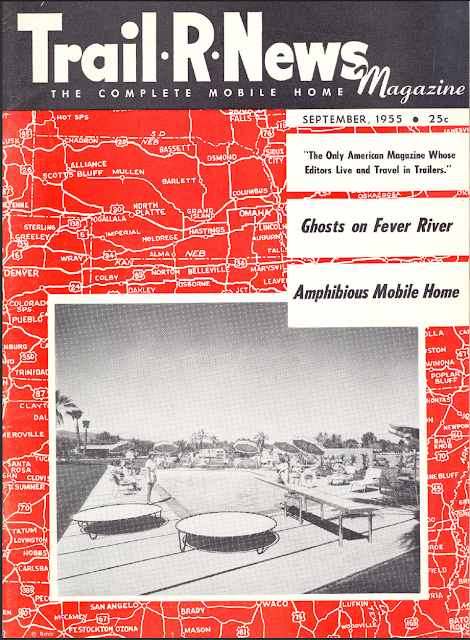 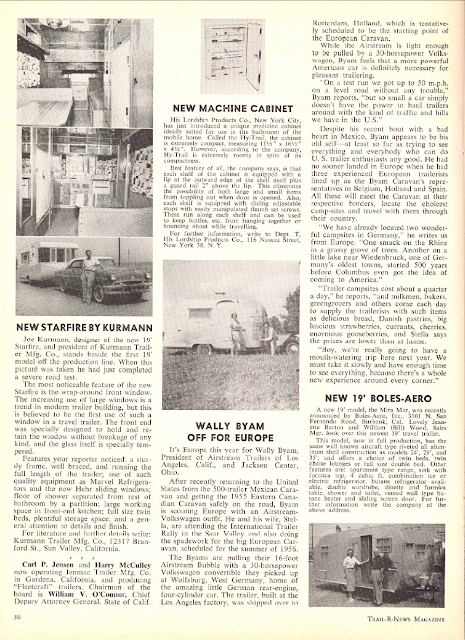 Since then, I've noticed some small differences between both factories production line finishing in the mid 50's. These are a little less obvious than looking at end panels, wheel arches and s/n's.
Below are a few -
Internal rivet sealing
Out of all the mid 50's CA trailers I've worked on the rivets have been sealed internally.  I first noticed this with Wally's #1 trailer and thought it got special treatment, but I since realised it probably was standard LA practice -
56 CA Bubble interior, complete seal - 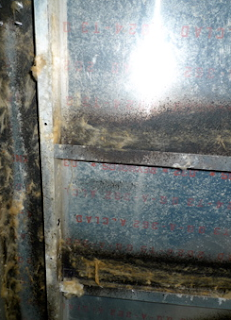 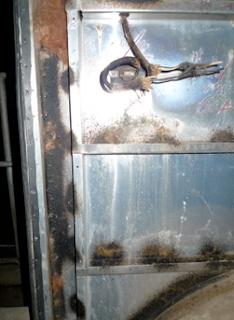 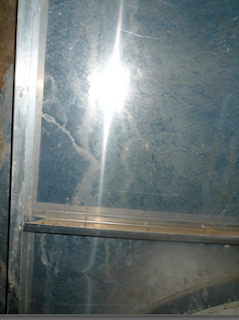 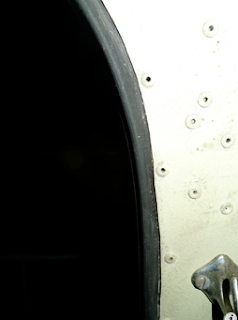 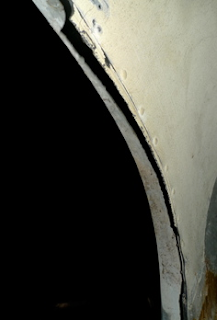 I'm lucky to have some very good contacts in the metal industry having worked with the Metal Man himself Marc Rich in London and New York.

I asked for some advice on how safe this magnesium alloy is to work with. I had already cut a sample out for the assay with no problems, but I wanted to check to be safe.

I have been advised that I should take particular care with the swarf and dust while working with the alloy.

An excellent source for information on Magnesium is Magnesium Elektron, they have branches all over the world.

The X251 assay has arrived. This has been prepared based on a sample of the chassis I sent to their lab. 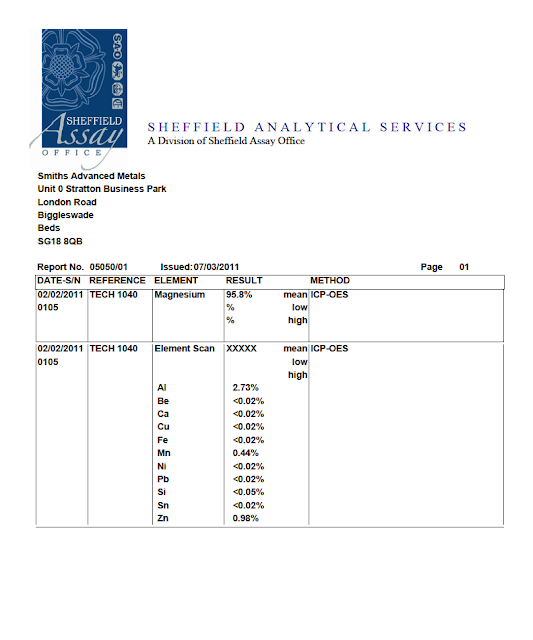 This is also posted on the bubbles face book page, You need to be logged into facebook to view -
http://www.facebook.com/photo.php?fbid=10150157785752152&set=o.198504083501693&theater
Also posted on facebook is a general information/comparable grade sheet.
The chassis will require various works to fix damage already done plus a few tweaks to help ensure the same problems do not happen again.
Posted by 99.7% pure at 05:45 1 comment:

I've posted this short video on flipping Airstreams in Europe. It's on the #1 Wally Bubble Facebook page. You'll need to sign up to view.
I will be posting details of the Assay on the #1 Airstream chassis very shortly, so get signed up -
Just put Wally Byam Bubble into facebook and request to join.